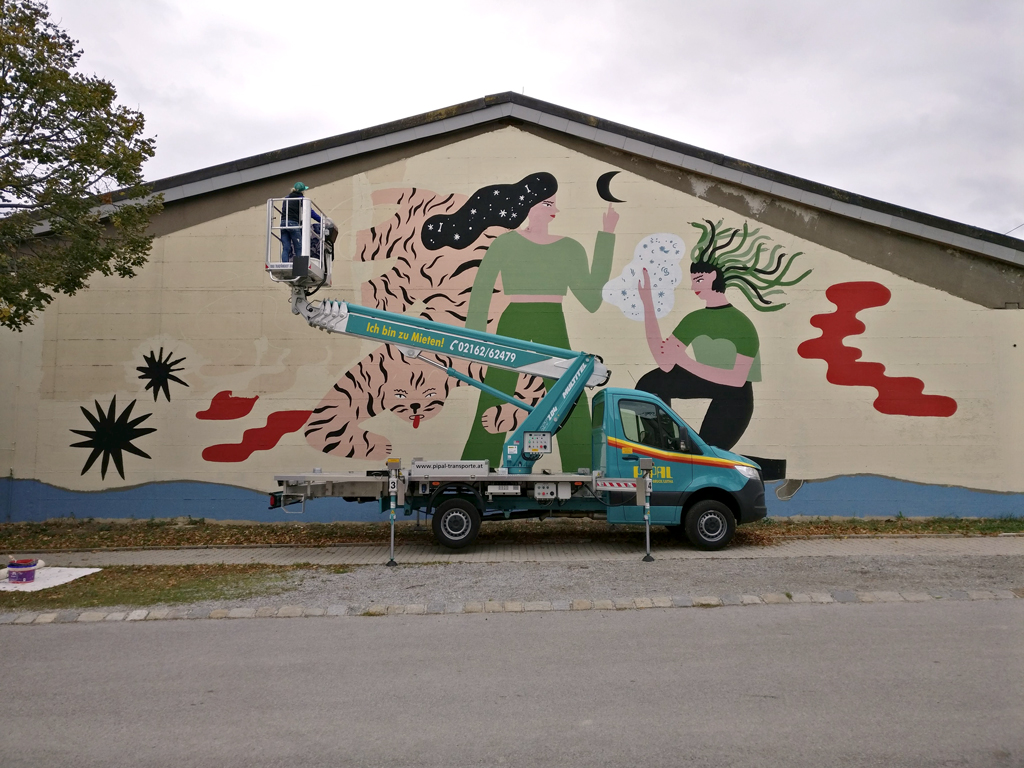 Mural painted in Trautmannsdorf, Austria during the private festival organised by Oliver Spies.

The drawing evolves around feminine godess that were depicted in the history as monstrous and bad examples of misbehaved women. But maybe some of them were independent women that didn’t fit the norms of society?
According to his Ovid Metamorphoses, originally published around the year 8 AD, Medusa hadn’t always been a monster. Once, she had been a young woman with lovely hair who attracted the attention of Poseidon himself. But when he raped her in Athena’s temple, the goddess punished the girl by transforming her enviable locks into hideous snakes.
Medusa’s beauty—and, in particular, her femininity—remains as dangerous as her original monstrosity. As Karoglou points out, the majority of hybrids (half-human, half-animal monsters like sirens or Gorgons) in ancient Greece were female. “In a male-centered society, the feminization of monsters served to demonize women,” she said.